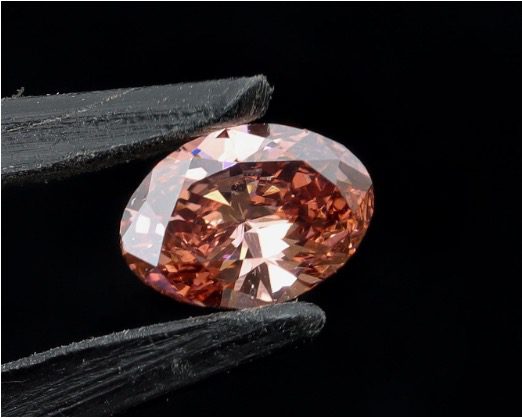 The diamond industry across the world is poised to be shaken up by a major development in the production of laboratory grown diamonds.

Ever wished that you could have gotten in on the ground floor with a company like De Beers? The diamond hordes of the future are here, and they aren’t going to be found in a mine.

The revolution in how the ethically suspect diamond industry is run has been a long time coming, but the big disruption is finally here!

Adamas One (NASDAQ:JEWL) and the Diamond Revolution

They say that diamonds are forever. And it’s true that as an investment, a diamond is going to stay around for a long while. But just as valuable as diamonds themselves is the diamond industry. It’s expected by current reports that by 2030 the global worth of the diamond industry will be over $120 billion dollars. 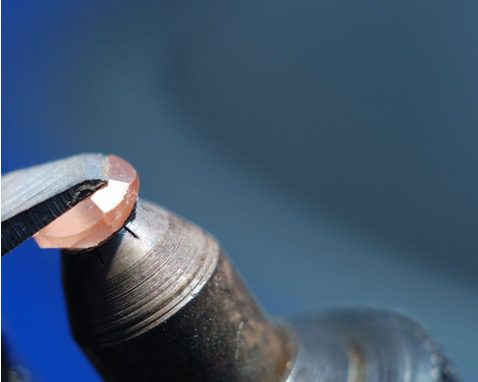 It would be ludicrous to suggest that a luxury industry like diamonds is going anywhere but up. However, it is also notoriously dominated by gigantic companies, such as Alrosa and de Beers. This is because, at its heart, the diamond industry operates much like it always has – mine the diamonds and cut them. If there was an opportunity to disrupt this traditional method, it would be one of the most exciting investments of the new year.

But there’s no reason to be speaking hypothetically. Adamas One (Nasdaq: JEWL) is shaping up to be that disruptor. When it comes to lab-created diamonds, this is the pinnacle. Recently, LVMH Luxury Ventures, along with other investors completed a $90M investment into Israeli based Lusix, a lab-grown diamond company.

“LVMH’s investment in the lab space is a statement that lab-growns are going into luxury in a big way,” shared Marty Hurwitz, founder of The MVEye, a research firm specializing in the jewelry market.

“Right now demand for lab-grown diamonds is through the roof and the only thing holding it back is supply. LVMH investment in Lusix will give them secure access to premium-quality supply,” he continued.

Why The Diamond Industry Is Broken & Needs Change

Why would an industry worth billions of dollars, and which managed to come out of COVID stronger than ever, be considered broken? 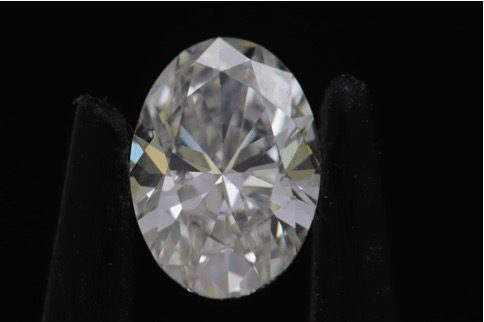 Partially it has to do with those monopolies we talked about. Increasingly, the view of diamonds to the average public is turning a little sour. There is a feeling that we’re not getting our money’s worth, and that what should be special gifts are the diamond companies manipulating average buyers.

Dig a little deeper, and there is also deep public discomfort with the ins and outs of the diamond industry itself. This is an industry that is notoriously destructive to the environment, causing soil erosion, deforestation, water pollution, and massive carbon emissions.

And this is before you consider how many diamonds are blood diamonds, mined by the enslaved. Or perhaps they are conflict diamonds, sold to fund insurgencies across Africa. And if you aren’t getting African diamonds? Well, remember that about 25% of the world’s diamonds come out of Russia – so you may end up indirectly supporting Russia’s economy during its war against Ukraine. No matter how much you try and polish it, the diamond business is dirty.

The Adamas One Revolution

The idea of laboratory-created diamonds is not a new one. Indeed, there has been massive public interest in lab-grown diamonds, which are seen as a way to challenge the ethically questionable diamond mining industry.

This is because unlike diamond “replacements” (think cubic zirconia), lab-grown diamonds are made from carbon, being as close to the real thing as possible. 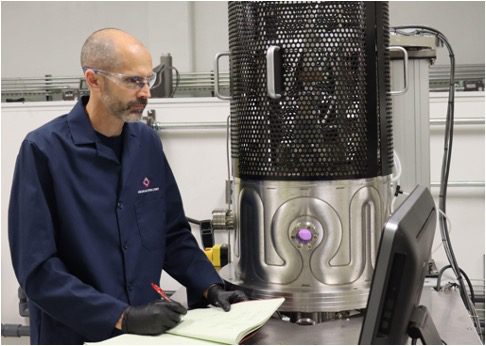 Adamas One (NASDAQ: JEWL), however, takes this process to the next level with its proprietary technology, creating high-quality single-crystal diamonds through a chemical vapor deposition (CVD) process. This means that the size, shape, and even color of the diamond can be easily pre-determined. The best diamond possible can be created for retail or industrial usage, on demand. All this, and with a minimal carbon footprint to boot.

The addressable market for lab-grown diamonds could soon crest $20 billion, and Adamas One is poised to be one of the top performers within that market.  And this is before we take into account the potential expansion of lab-grown diamonds into more space in the $100 billion overall diamond market. There’s a reason even major luxury companies like LVHM and DeBeers are pumping money into the lab-grown diamond sector.

Why Adamas One (NASDAQ: JEWL) Is Poised For Success

Adamas (NASDAQ: JEWL)  has 24 years of technical experience in the laboratory diamond process. Those in the know will recall that Adamas One Corp’s lineage goes back to Apollo Diamond Inc, the inventor of the CVD process. But as illustrious as their past is, it’s the future of Adamas One that looks to be most exciting.

Any good investor knows that the best ideas mean nothing without a great model. However, Adamas One has a truly exciting model to present – and better yet, one that can scale. Here’s what the (NASDAQ: JEWL) numbers break down to. 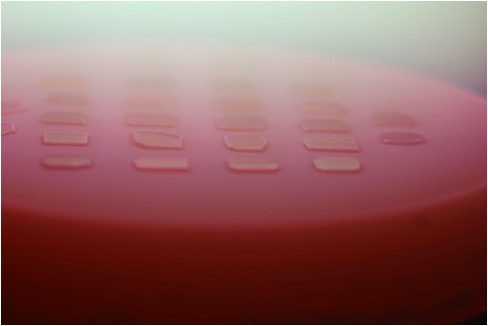 The thing is, growth doesn’t just mean adding more growers. Adamas is poised to transition to 100% 6-inch plates for production, rather than the 50% 4-inch plates currently used. So what does that mean for people who aren’t experts in the diamond business?

Essentially, this means that the first growth transition won’t be to roughly $20 million, but closer to $50 million – and then on to $102 and $204 million as the number of growers doubles. With Gross Profit margin expected to reach 75% at that level, and EBITA expected to reach 42%, there’s a very real prospect of EBITDA pushing over $80 million. 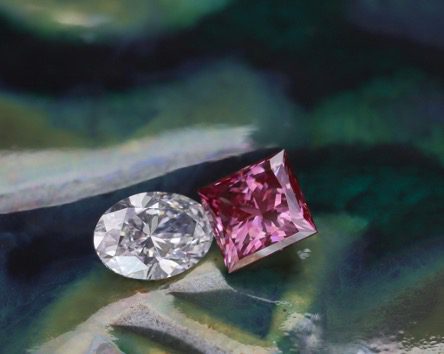 It’s important to note that this process isn’t something for the far future. It’s happening right now. The currently opening factory will have 12 diamond-growing machines, producing an average of 3,000 carats of diamonds a month. New facilities with 300 diamond-growing machines are going to start being built in early 2023 – just around the corner.  This could mean roughly $1 million per month in topline revenue at capacity.

The Time To Strike Is Now

So let’s see what we have on the table right now.

We have a company with state-of-the-art proprietary, patent-protected technology for its equipment and processes.

We have a market with a potentially directly addressable value of $20 billion, and growing fast.

We have a vertically integrated company with a scalable business model. There is nowhere to go but up.

But investors need to get in on the ground floor before this growth starts. Right now, the company is still at a low float.

The importance of lab-grown diamonds as an affordable and ethical choice is already catching on with consumers. Celebrities such as Zoe Kravitz, Lady Gaga, and Penelope Cruz are noted for wearing lab diamonds on the red carpet.

Astute investors are already doing their diligence and moving on Adamas One (NASDAQ: JEWL).

The Question Is ARE YOU?

If interested in investing, talk to an investment advisor today.

DISCLAIMER: This report is for informational purposes only, and does not represent a solicitation to buy or sell the profiled company’s securities, which trade under the symbol JEWL, nor any other securities. Neither NasdaqStocks.com nor its employees are certified financial analysts or licensed in the securities industry in any manner. The information in this marketing piece and any accompanying information is subjective opinion and may not be complete, accurate or current and was paid for directly or indirectly by shareholders of the profiled company who may or will profit as a result of the preparation, publication and distribution of this marketing piece and accompanying information. Nasdaqstocks.com is owned by MCM Consulting LLC., a Wyoming Corporation that has been compensated up to one hundred thousand dollars by Adamas One for a period beginning December 1st, 2022 to December 31st 2022 to publicly disseminate information about JEWL, its products and services for potential customers and that while the company is publicly listed and its shares can be bought and sold, the purpose of this advertisement it to present information and awareness about JEWL and its products and services. We own zero shares. NasdaqStocks.com also expects to garner new subscribers as part of its efforts. This marketing piece contains forward-looking statements that involve risks and uncertainties. This marketing piece contains or incorporates by reference forward-looking statements, including certain information with respect to plans and strategies of the featured Company. As such, any statements contained herein or incorporated herein by reference that are not statements of historical fact may be deemed to be forward-looking statements. Without limiting the foregoing, the words “believe(s)” “anticipate(s)”, “plan(s)” “expect(s)” “project(s)” “will” “make” “told” and similar expressions are intended to identify forward-looking statements. There are a number of important factors that could cause actual events or actual results of the Company to differ materially from these indicated by such forward-looking statements. Certain statements contained herein constitute forward-looking statements within the meaning of Section 27A of the Securities Act of 1933 and 21E of the Exchange Act of 1934. Such statements include, without limitation, statements regarding business, financing, business trends, future operating revenues and expenses. There can be no assurance that such expectations will prove to be correct. Investors are cautioned that any forward-looking statements made by the Company, or contained in this Report are not guarantees of future performance, and that the Issuer’s actual results may differ materially from those set forth in the forward-looking statements. Difference in results can be caused by various factors including, but not limited to, the Company’s ability to be able to successfully complete planned funding agreements, to successfully market its products in competitive industries or to effectively implement its business plan or strategies. To reiterate, information presented in this Report contains “forward-looking statements”. Any statements that express or involve discussions with respect to predictions, expectations, beliefs, plans, projections, objectives, goals, assumptions, or future events or performance are not statements of historical fact and may be “forward-looking statements.” Forward-looking statements are based on expectations, estimates, and projections at the time the statements are made that involve a number of risks and uncertainties which could cause actual results or events to differ materially from those presently anticipated. Forward-looking statements in this Report may be identified through the use of words such as “expects,” “will,” “anticipates,” “estimates,” “believes,” “may,” or by statements indicating certain actions “may,” “could,” or “might” occur. More information on the Company may be found at http://www.sec.gov; readers can review all public filings by the https://www.sec.gov

Subscribe Now & Begin Receiving Nasdaq Stock News, Articles, Trade Alerts & MORE, all 100% FREE
We are your #1 source for all Everything Nasdaq Related, Subscribe Below!
Privacy policy: we will NEVER share, sell, barter, etc. any of our subscribers information for any reason ever! By subscribing you agree we cans send you via email our free e-newsletter on Blockchain Stock related, articles, news and trade alerts. Further questions please contact
[email protected]